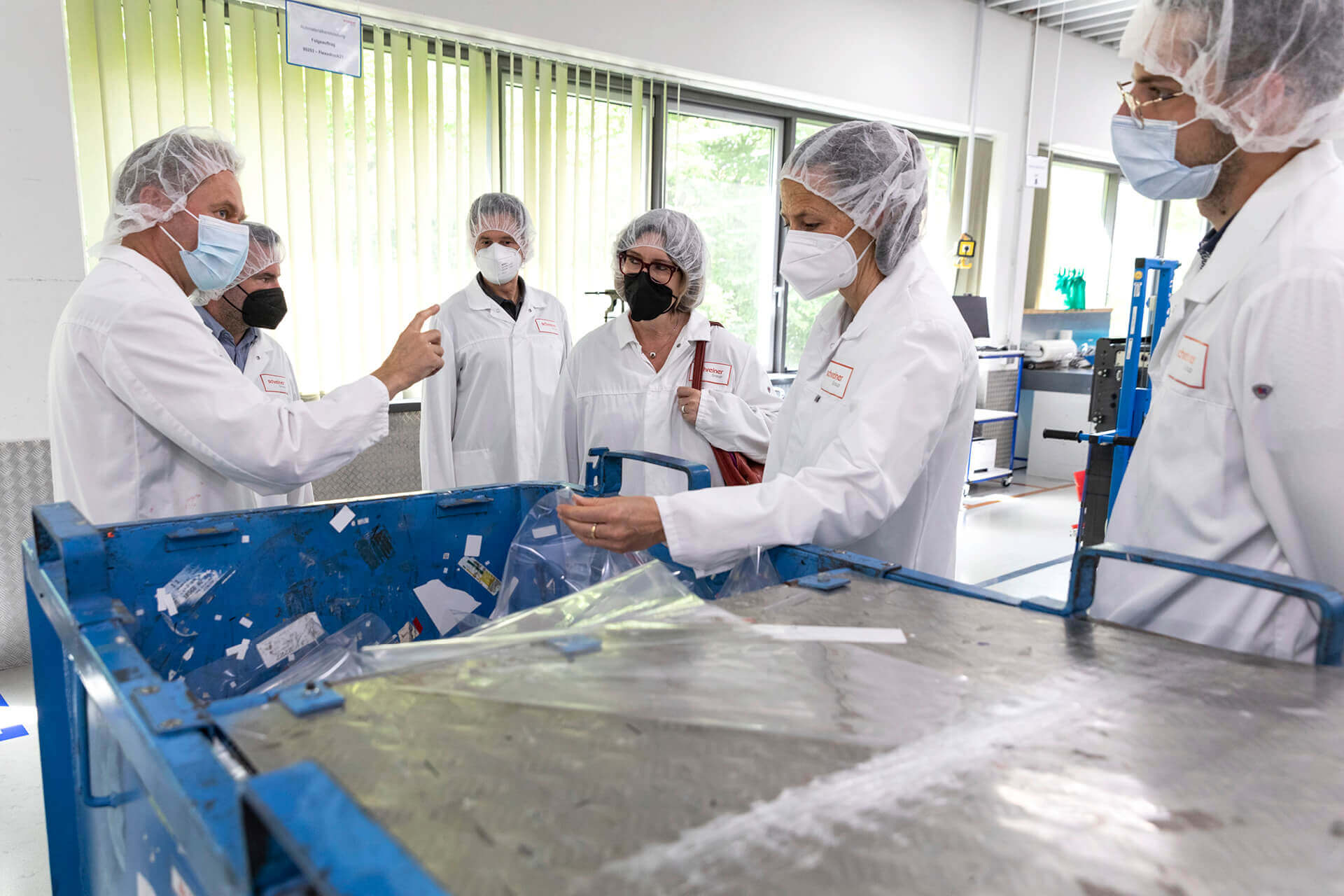 How can we minimize waste? That is a question many citizens and companies ask themselves. While sustainability and environmental protection are central concerns, waste is also an economic factor because waste disposal costs money. Schreiner Group has found two answers: recycling and waste avoidance.

For more than ten years, Schreiner Group has been collecting silicone paper waste for recycling. Now the company has clearly extended its recycling activities. A little less than a year ago, a pilot project was launched for additionally collecting and recycling the plastic liner material consisting of siliconized polyester (PET). The project has been such a success that recycling of PET liners is now being rolled out to all of Schreiner Group’s production units. As a result, 200 tons of release liners will be recycled annually.

Recycling not only benefits the environment but also delivers value to Schreiner Group’s customers. For several years, the high-tech company has been offering its customers in Central Europe the opportunity to have their silicone paper collected and recycled without incurring any costs. From now on, most customers can also have PET-based liners collected and recycled free of charge. As a result, Schreiner Group’s customers reduce their costs and augment their own sustainability efforts.

Total waste avoidance is another element of Schreiner Group’s commitment. If no waste is produced then none needs to be recycled. For this purpose, the company is active in the Zero Waste business network of which it is a founding member. How to achieve the goal of zero waste was one of the topics discussed at an internal workshop of the network held at Schreiner Group this year. At that event, the company was able to present the successes it has achieved so far such as the installation of screen cleaning systems, cleaning of the factory halls using pure water without cleaning agents, and reprocessing of end-of-life IT equipment.

Recycling for Customers
Schreiner Group offers its customers in Central Europe the opportunity to have silicone paper and PET liners collected and recycled free of charge. Interested? Then please get in touch with us.
thomas.gulden@schreiner-group.com