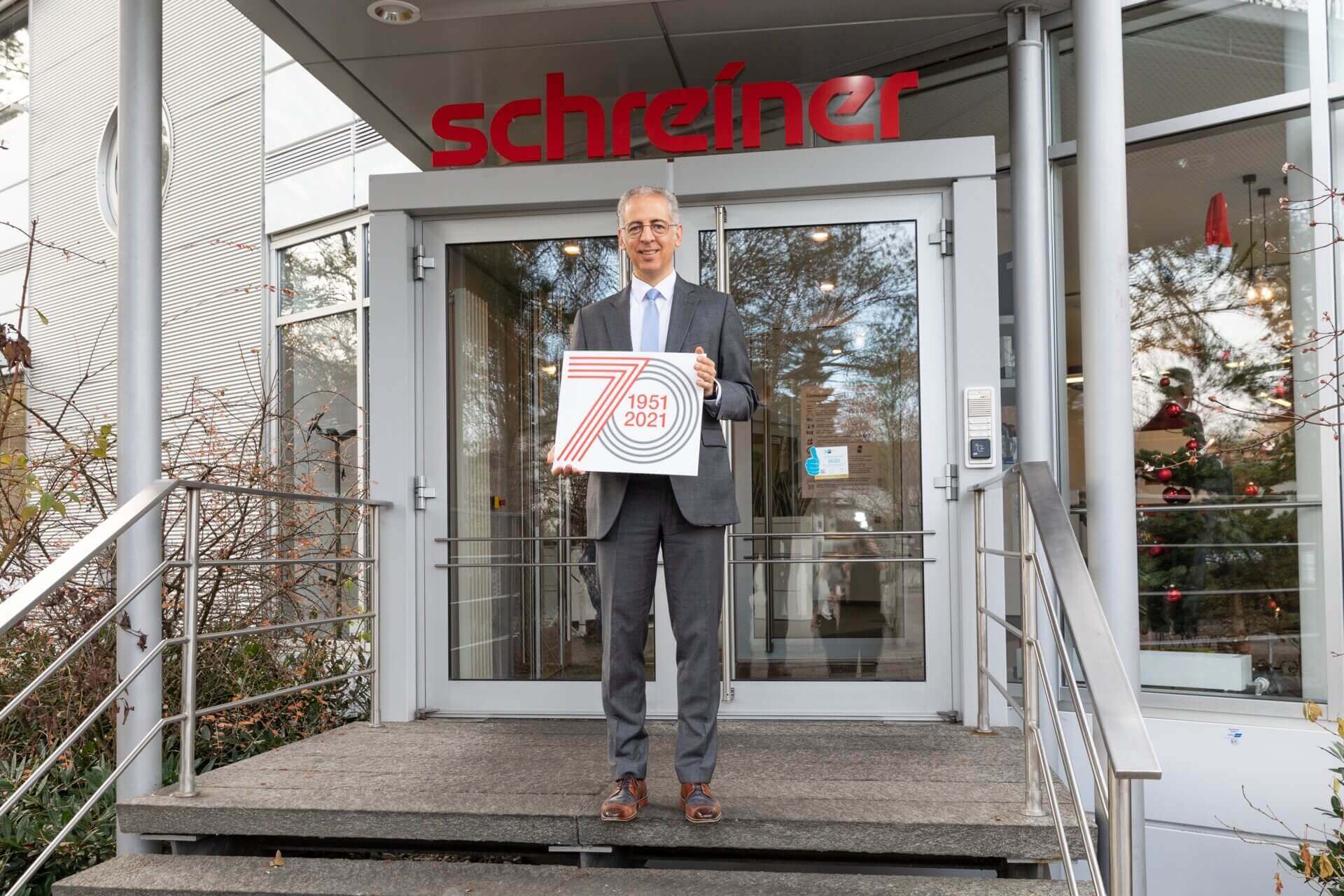 2021 is the year of a special anniversary for Schreiner Group. The high-tech company was founded as a small garage operation in 1951. Beginnings that are hard to imagine, considering the worldwide significance this hidden champion with a workforce of more than 1,200 has since achieved. Our anniversary will be duly celebrated this year with numerous activities tailored to the prevailing external circumstances.

On October 1,1951, Margarete and Theodor Schreiner founded “M.Schreiner – Spezialfabrik für geprägte Siegelmarken und Etiketten,” a factory specializing in embossed seal stamps and labels, in a 45-square meter garage in Munich’s Laim district. In 1974, their son Helmut took the reins of the business and began charting its future course as an international high-tech company. Following numerous expansions and relocations, Schreiner Group moved into a facility at today’s headquarters in Oberschleissheim in 1993. Since then, five additional buildings have been erected, three other sites established in the United States, China and the Bavarian town of Dorfen. In 2012, Roland Schreiner, representing the third generation, assumed overall responsibility for the business.

In 2021, this tremendous success story will not only be told but, above all, duly recognized. Therefore, a number of activities will be held throughout the year to commemorate Schreiner Group’s 70-year history, to celebrate its 70th anniversary together with all employees, partners, customers and friends, and to show where the company is heading in the next 70 years. What are we planning in this context? We’ve set up a special anniversary landing page to keep you posted—or just follow Schreiner Group in social media.